The sun certainly shone on the section’s Spring event: a walking tour around the historic site of the Waterloo battlefield on Sunday 10 May.  At almost 200 years to the day since the historic battle 21 members and friends of the section followed in the footsteps of the Anglo-Dutch and French troops at the battle guided by historian and Project Hougoumont Co-ordinator for Historical and Archaeological Research, Alasdair White.

The walk started at 14:15 prompt outside the Wellington Café in the shadow of the famous Butte de Lion. Here Alasdair (below) explained the (still) ongoing building works happening in the area that will provide a new and a very shiny visitor centre and other facilities hopefully in time for the 200th anniversary of the battle on 18 June 2015. 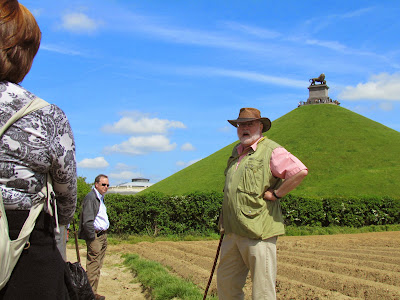 We then moved on to visit the part of the battlefield occupied by the Anglo-Dutch right flank, an area that was held mainly by the Dutch and Dutch-Belgian units while being subject to French cavalry charges and later the attack of the Imperial Guard. Alasdair explained the use of infantry ‘squares’ to repulse cavalry attacks, showed us where the main action took place and told numerous anecdotes of personal actions that made an impact on the course of the battle. During his explanations we also encountered the remnants of a French cavalry charge (see below) still wandering the battle field clearly in a daze! 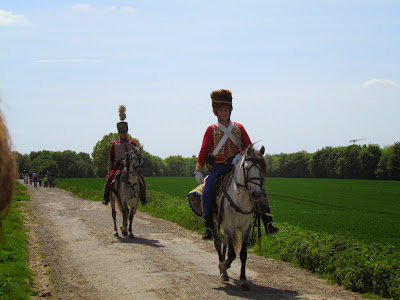 Alasdair then led us down to Hougoumont farm, where some of the heaviest fighting occurred. There Alasdair explained the major restoration work and archaeology that is happening around the farm and associated buildings and fields. He also described the importance of the farm to the successful outcome of the battle. 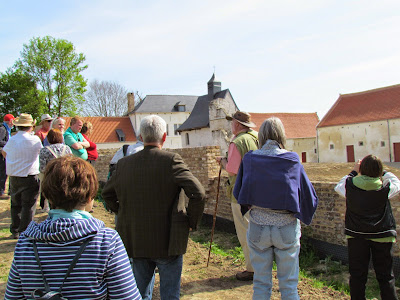 Finally we walked across the battlefield to La Belle Alliance (Napoleon’s HQ) and via La Haye Sainte farmhouse back to our starting point following the final failed attack of the Imperial Guard that signalled a general retreat of the French forces as the ‘Anglo-Dutch’ (but consisting of a majority of German troops it would seem) and the Prussians closed in. 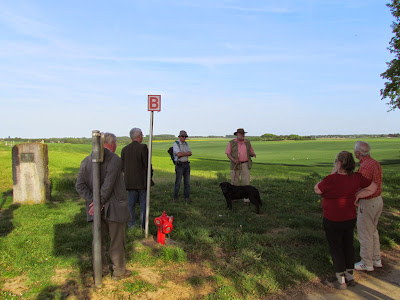 All-in-all the walk was a fascinating four hour tour-de-force and provided an excellent entertaining and educational afternoon. Over a beer or two at the Wellington Café tactics and strategy were further discussed and Alasdair also had copies of his two new books (described below) on the Waterloo campaign available for purchase. 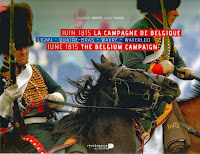 With text by Alasdair White telling the tale of the 'Campaign of June 1815' and photographs by Marc Fasol taken during various recent re-enactments of the battle, this bi-lingual (English and French) publication includes 89 photographs and five maps to deliver a beautiful ‘coffee-table’ book that would grace the library of any historian or interested reader.

The book is available in hardback €25 direct from the author or from Renaissance du Livre or from Amazon.


The Road to Waterloo: A Concise History of the 1815 Campaign

This second paperback book from Alasdair contains many new interpretations of the events of 1815 and leads to some perhaps controversial conclusions. It cuts through the accumulated inaccuracies and wishful thinking that has characterised the writings of so many historians to give the interested reader a clear, concise and remarkably unbiased understanding of what actually happened during the early summer of 1815.


Waterloo 200
To find out more about Waterloo and the 200 year anniversary visit the Waterloo 200 website. This is a joint project between charity Waterloo 200, the National Army Museum, and Culture 24 and is largely funded by a grant from the Heritage Lottery Fund. The site covers many famous names associated with the battle, like Wellington and Napoleon, but also less well-known figures. You can use this website to find out ‘Why Waterloo Matters’ and to uncover the stories behind the names.
Posted by RSC Belgium at 14:12