RSC Belgium took part in the third Greenlight for Girls Day in Brussels on Saturday October 13. The venue was the International School of Brussels in Watermael-Boitsfort. The RSC team had a great time runing three workshops on the theme of culinary chemistry to groups of enthusiastic young scientists. 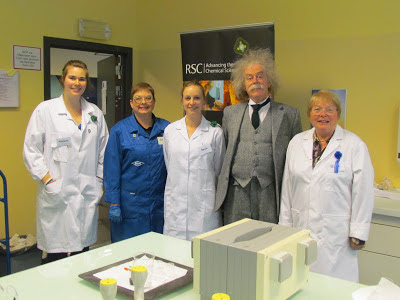 The RSC Belgium team for the day consisted of (from left to right above) Amourie Prentice, Carolyn Ribes, Becki Scott, Albert Einstein and Rita Woodward with Tim Reynolds behind the camera. Our old friend Peter Casey of Blindseer Productions provided Einstein and the girls had great fun interacting with Albert throughout the day! 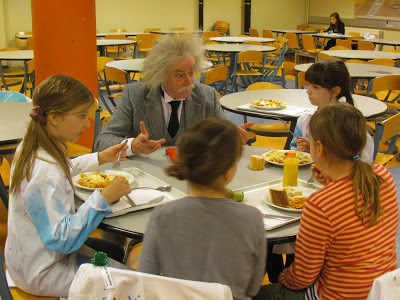 Each of the workshops brought together around a dozen young women aged 11 to 15. Most participants were anglophone but the RSC Belgium team was ready and able to work with the girls in French and Dutch too. Each of the students got to do a range of experiments during the 45 minute sessions including some cheese-making. 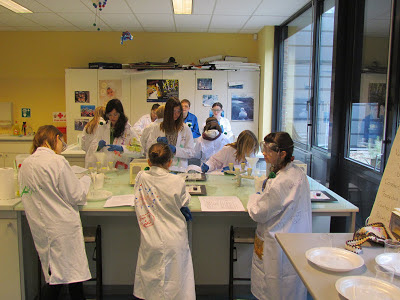 Other chemical based workshops offered during the day included sessions on cosmetics and fragrances, plastics and experiments from the hit TV series the 'Big Bang Theory'. Other workshops focused on IT, physics, engineering and biotechnology. 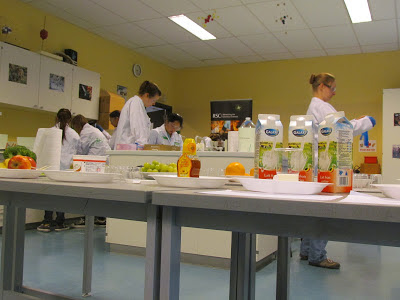 All the 250 - 300 young ladies who attended the day had a great time and took back some fantastic memories, a goody bag and their own personalised labcoat - provided this year by IT giant Google. 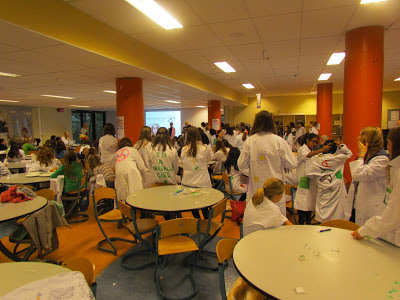 About G4GThe The Greenlight for Girls organisation is a Brussels-based, international non-profit organization that works to promote science, technology, engineering and mathematics (STEM) to girls of all ages and backgrounds. The main aim is to stimulate greater participation of girls, young women and career-age women in STEM-related studies and careers. To achieve this mission, G4G carry out a range of activities around the world, with a special focus on reaching less-advantaged communities.