Les Amis Dînent restaurant in Wezembeek-Oppem was the location for the section's Annual General Meeting (AGM) and Annual Dinner on 17 January. The 2014 Committee was elected and reports on the activities of the section in 2013 and the state of the section's finances received. In addition to members, committee representatives and friends, the section was pleased to welcome Dr. Hanny Nover director of the European Chemical Regions Network (ECRN) as an observer.

Following notification of apologies the minutes of the previous AGM held on January 25 2013 were reviewed and approved before section secretary Tim Reynolds gave his report. "During 2013 the section organised seven public evening events, a day social excursion and participated in a number of other educational outreach activities," he said.

Highlights
Among highlights of the year were the Café Chimique on Stem Cells that followed our 2013 AGM in January, the visit of RSC President Prof. Lesley Yellowlees in March and the section’s royal guided tour of Mechelen in June. The section had also participated in its fourth Greenlight for Girls annual event in November and had also run its largest ever Top of the Bench qualifier in that month: a truly international affair with eight schools involved including three new entrants: the SHAPE school, St Georges form Luxembourg and the International School of Flanders.

He also noted the sad loss in March of our friend and supporter Dr Norman Lloyd. However with the help of Norman’s family, friends and colleagues a fund had been established to support a scholarship in his name at Cardiff University for first degree chemistry students.

Small surplus
Our Treasurer Rita Woodward then presented her 2013 report and the sections audited accounts. Rita noted that the section had made a surplus of €537 for 2013. In fact, despite an active year, net expenditure was considerably less than forecast due to the cancellation of a joint meeting with Kent and Chilterns sections; the postponement of the Cafe Chimique on Energy until January 2014 and the anticipated expenditure relating to a second RSC Historical Landmark plaque not happening.

Considering the very healthy state of section assets (€18600 – including the Norman Lloyd fund) and anticipated activities and new initiatives in 2014 a request for a grant equivalent to €5000 would be made to RSC HQ, which was €2000 less than in 2013 Rita stated.

Rita said: "To date over €6300 had been donated to the RSC Norman Lloyd fund." This fund was held in a separate account and during 2014, following the recent completion of a Gift Agreement with Cardiff University, a sum of €6500 would be transferred to fund an annual scholarship starting in 2014 of £1000. The proposed section budget for 2014 was also discussed. 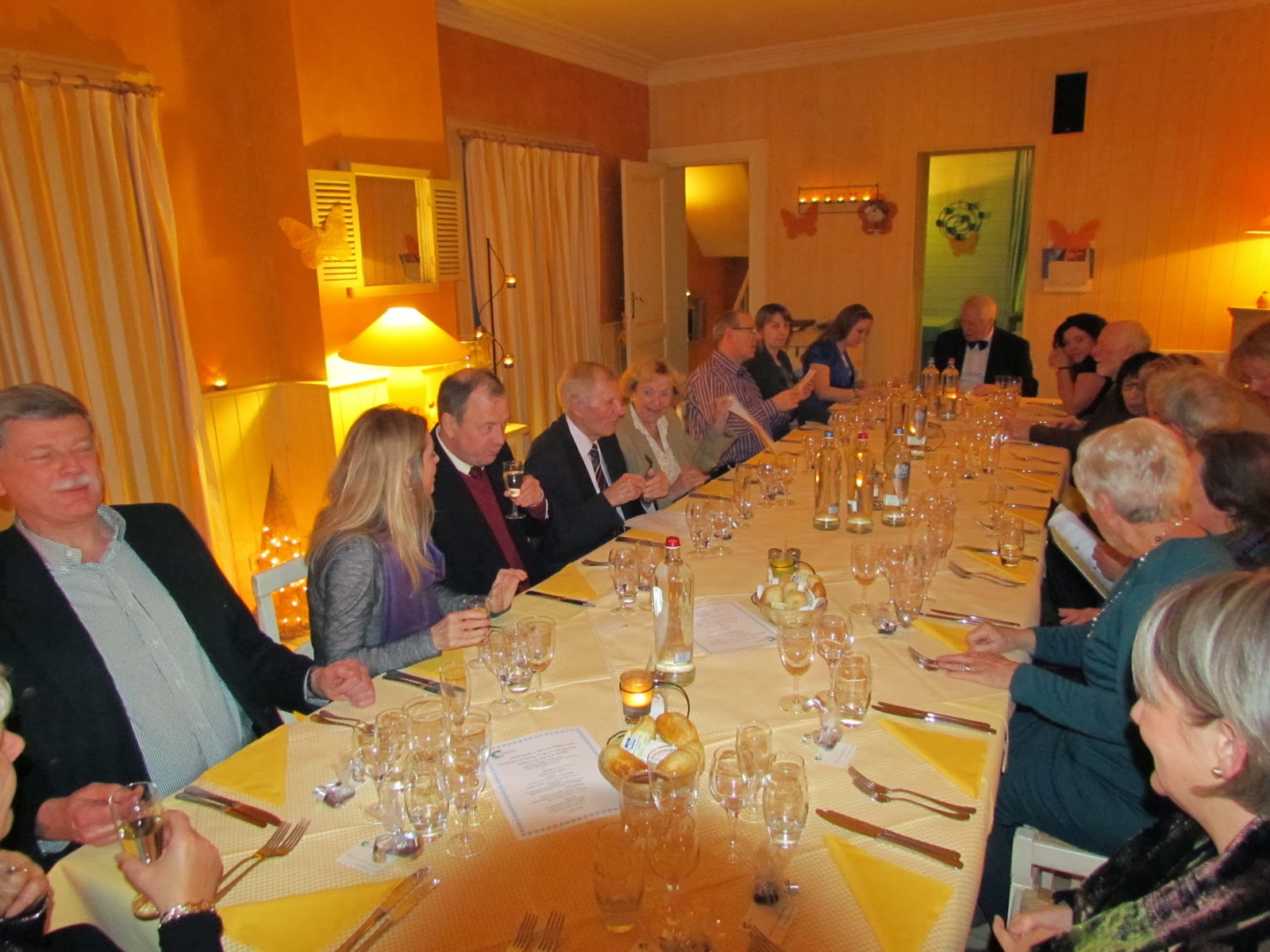 Chairman's remarks
Prof Bob Crichton thanked Rita and Tim for their reports and all members of the executive committee during 2013 for their hard work and support during the year. He highlighted the contributions of Rita and Peter Woodward in providing the drinks and nibbles for many of the events during the year that added so much to the evening meetings. He also thanked everyone who had participated in events such as the Greenlight for Girls and Top of the Bench events for their time and effort in these important activities.

Two posts were up for election to the executive committee this year and Tim Reynolds was re-elected as Secretary, while Ian Carson was elected as a committee member. The full composition of the 2014 Executive committee can be found here. Rita also expressed her gratitude to our auditor, Ralph Palim, and announced that he was willing to be re-appointed as auditor for 2014.

The draft minutes of the 2014 AGM can be found here.

Following the close of the meeting Members and friends enjoyed the Annual Dinner (see picture above).
Posted by RSC Belgium at 16:09 No comments: