This year's representatives from RSC Belgium to the annual Top of the Bench (TOTB) Chemistry Competition in the UK were from Woluwe European School in Brussels. The final took place at Loughborough University on 20 April. We have just received this report from the Woluwe team.

"Four students from the Anglophone section of European School Brussels (II) based in Woluwe recently took part in the grand Final of the Royal Society of Chemistry's Schools competition known as “Top of the Bench”. The event was held at the University of Loughborough in the UK and attracted teams from thirty schools from all parts of the British Isles. 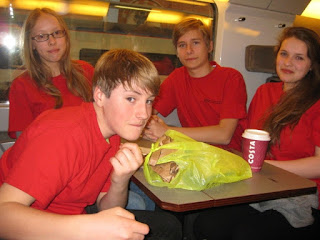 The Woluwe student team (above), made up of Justinas Sakas, Hannah Falconer-Teer, Giacomo Goldsmith Ganzerli and Austeja Linartaite, had been selected to represent the Belgium section of the RSC at a qualifying competition held in December last year at the British School of Brussels.

The competition in Loughborough involved a full day of tasks, including individual pen-and-paper tests, and two problem-solving practical exercises that required teamwork as well as experimental skills.

In the final result, our team was placed 16 out of 30, which is extremely pleasing given that the European School Science programme is different to the British curriculum followed by all other competitors. The team was also proud to have finished ahead of several well-known selective private schools, including King Edward’s School Birmingham, The Manchester Grammar School and Cheltenham Ladies College!

Many congratulations to the students, not only on the great result, but for being excellent ambassadors for the school and RSC Belgium. And for keeping us all laughing on the long train journey there and back!

Belgium eliminator 2013
The Woluwe school gained their place at the UK final in a competitive eliminator held by the section in November 2012. The formula we use to select schools is attracting attention at RSC HQ and this year's eliminator may see RSC TOTB coordinator Sue Thompson attending to see what we do!

We are also hoping to attract one or two more schools for an even more exciting afternoon of chemistry fun! Look out for details in the beginning of the next academic year!
Posted by RSC Belgium at 11:57 No comments:

Chemists own the Future!

“The future belongs to chemistry and chemists” that was the inspiring message given by Dr. (below, left) of the UK’s Technology Strategy Board (TSB) to a packed house of members and Friends at our meeting on 15 May at the British School of Brussels. Mike outlined the major societal challenges facing our world today and in the near future. He then showed how chemistry has a vital role to play in providing solutions to these issues – but also how the success of these solutions depends on a change of mindset in manufacturing and society in general. 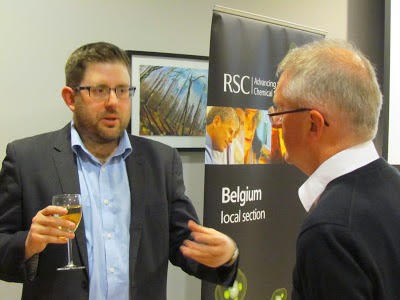 In the near future – say by 2050 - we will need to enable 9.5bn people to live well within the resources of a single planet. This is a significant challenge.

By 2050 we will also have three billion new middle class in the developing world all looking to embrace the ‘western’ consumer lifestyle. In addition we will all be living longer with huge implications for how we manage chronic diseases. As Mike put it: “By 2050 in the , on the current model for care of the ageing population, all 18 year olds will have to become care nurses by law!” He also pointed out that the majority of babies born today in the EU will live past 100 and the first person to live to 150 has most probably already been born.

At the same time we tend to take our modern technology for granted. A modern smartphone contains a great range of elements that we have only recently begun to exploit. The amounts are small per application but very widespread in use. There are now more mobile phones on the planet than people and each one contains half the periodic table: around 40 elements.

Chemical solution?
The key to a sustainable future is to base our thinking around resource and energy efficiency. Mike showed how by closing the loop in manufacturing we can minimise waste and maximise reuse and recycling and therefore help provide the goods and services that our growing population need.

This will need a significant mindset change. “Chemists are trained to make ‘white powders and clear liquids’” he pointed out, but consumers don’t really purchase products any more they purchase effects or services. This change in perception can help drive forward the materials cycle to minimise waste.

Most importantly we have a generation growing up now with an inherent understanding of sustainability and a desire to see a more resource efficient world claims Mike. He believes that the process industries will need to engage widely with other disciplines as they realise our importance and the importance of chemistry in general.

Mike was a very entertaining and inspiring speaker and there was a very lively discussion after his presentation. How do we make the products and services that we need truly sustainable? And what is chemistry’s role in ensuring this happens? Questions we all need to ponder deeply. 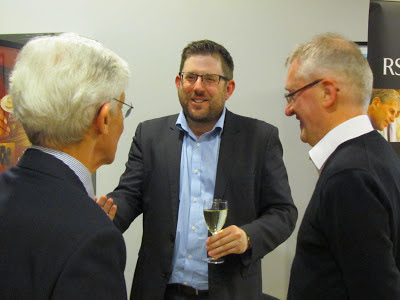 Mike left us with a great quote from a leading designer and sustainability expert that we should all be shouting from the rooftops: “Chemists own the future!”

Sustainability expert
Dr. is an expert in chemical aspects of sustainability. Before joining the TSB, he was Sustainability Manager with the Chemical Innovation Knowledge Transfer Network (CIKTN) leading the development of CIKTN’s Sustainable Design Guide.

Mike is an organic chemist by training (BSc, and PhD, ) and worked as a postdoctoral associate at the . He is great enthusiast for chemistry and a trustee of the excellent Catalyst Science Discovery Centre in Widnes.

A couple of RSC Belgium committee members are in awards mode: our Chairman Prof Bob Crichton has just won a prestigious award for one of his text books and Dr. Becki Scott is entering the 'X-Factor' of science - 'I'm a Scientist, Get me out of Here'. 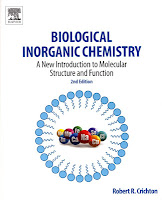 Prof Crichton's award is for his tome entitled 'Biological Inorganic Chemistry - A New introduction to Molecular Structure and Function (Second Edition)' - see picture right' that has been chosen by the panel of judges as the recipient of the 2013 "Texty" Textbook Excellence Award awarded by the Text and Academic Authors Association (TAA).

The association created the Textbook Excellence Award in 1992 to recognize current textbooks and learning materials. To be nominated, a work must carry a copyright date for the previous or current year. TAA designed the award, called the Texty, because text materials did not have awards of their own. Entries are not limited to books but may include learning materials in all mediums.

The award ceremony will take place in Reno, Nevada on 22 June during the Association's 26th annual conference. Unfortunately Bob cannot be there in person to pick up the accolade.


X-factor
Meanwhile committee member Becki Scott has registered for ‘I’m a Scientist, Get me out of Here!’ - a free online event where school students get to meet and interact with scientists. The concept is a free X Factor-style competition between scientists, where the students are the judges.

Students challenge the scientists in intense, fast-paced online live 'chats'. They then ask the scientists all the questions they want to, and vote for their favourite scientist. The winning scientist wins a prize of £500 to help them communicate their work with the public.

The 2013 event will be taking place from Monday 17 to Friday 28 June. Teachers and scientists, sign up now to take part!.

Take a look at the 60 second video on the I’m a Scientist site to get a feel for the competition.