On Friday 28 March, 2014, four very excited students from the British School of Brussels (BSB) set out on their journey to take part in the Top of the Bench Final that took place at Loughborough University, UK on Saturday 29 March. The BSB 'Bromine' team represented RSC Belgium following their victory at our Belgian eliminator contest in November. BSB teacher and RSC Belgium exec member Jane Downing sent us this report.

"Throughout the journey they chattered non-stop about their chemistry, each trying to help the other revise the hardest topics. To be frank I think all of them could enter their IGCSE exam this year and pass!

The BSB team consisted of Maria, Jasper, Gabriela and Emma (see below) and did themselves, BSB and the RSC Belgium section proud. The team maintained a high level of enthusiasm throughout the competition, encouraging each other and commiserating when they were not placed in the top six teams.They were tested with practical tasks using High Pressure Liquid Chromatography (HPLC) and Ion Identification, both normally topics for second year university students apparently! 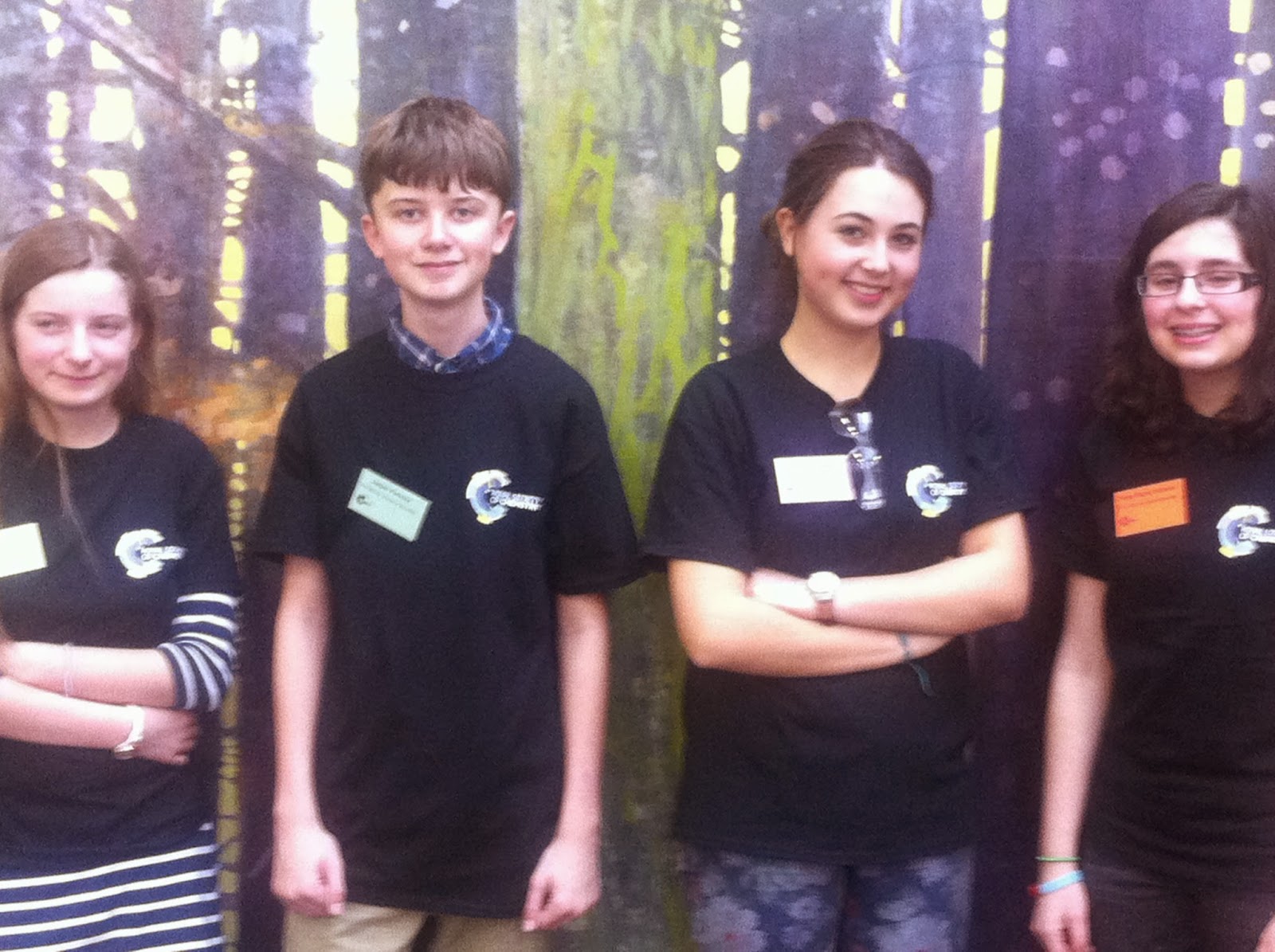 The day finished with a most entertaining lecture 'What has Analytical Chemistry ever done for us?'  by Prof. Colin Creaser. And if you know this field of chemistry then you know what a feat this was!

The students had such an enjoyable time that they spent the return journey, planning their teams for next year's competition!

Many thanks to the RSC(Belgium section)'s support for the team!"

TOTB 2014
The RSC Top of the Bench 2014 saw 29 teams taking part from across the UK plus, of course, Belgium. The competition was jointly organised by the Royal Society of Chemistry and Loughborough University and tested students' knowledge of chemistry through written and practical exercises.

The overall winner was Ardingly College, from the Downland RSC Local Section who received the TOTB trophy from Professor Ray Jones, President of the RSC's Organic Division and Professor of Organic and Biological Chemistry at Loughborough University.

The winning team members each received gift vouchers and £500 for their school to spend on equipment for the Chemistry department.

The runners-up were from Bolton School (Boys' Division) from the Manchester & District RSC Local Section.

RSC Belgium will be holding our 2014 eliminator during November - so get you teams ready now!
Posted by RSC Belgium at 18:14 No comments:

A Better Bang in Brussels

On 7 and 8 April RSC Belgium was delighted to welcome Dr Hal Sosabowski of Brighton University (right, below) and his top team of Dave 'Sideshow' Campbell (centre) and Kurt 'the Driver' Charnock (left) back to Belgium for four explosive demonstration lectures. 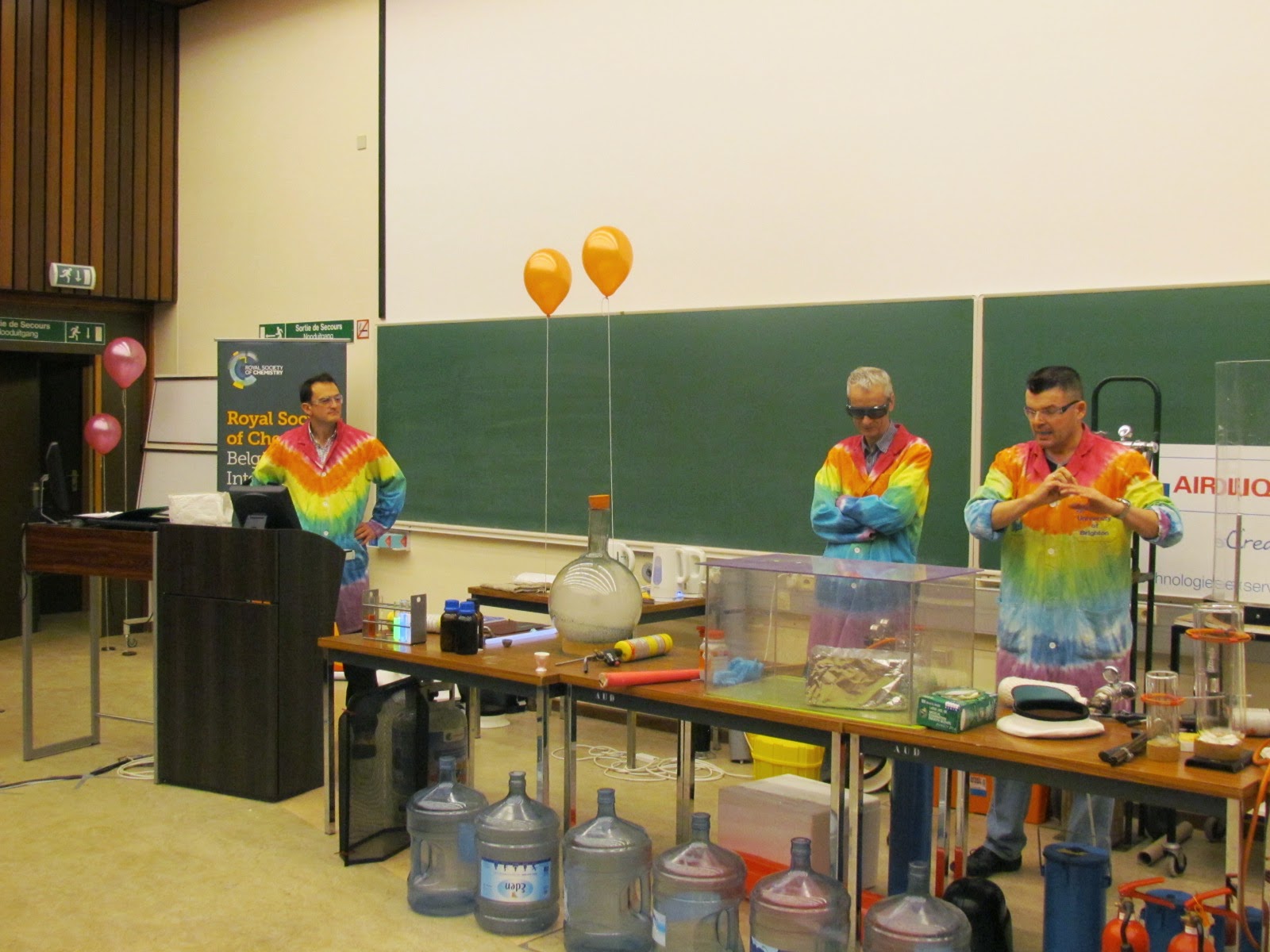 The demos were staged in the Roi Baudouin lecture theatres in the Rosalind Franklin Building of the Universite Catholique Louvain (UCL) Woluwe Campus in Brussels.

Three daytime lectures for school audiences (one on Monday 7 April and two on Tuesday 8 April) and an evening public lecture on Monday were staged with the support Air Liquide (for gases), Prof Istvan Marko and Fabio Lucaccioni at UCL Louvain-la-Neuve, and the local team at UCL Woluwe. 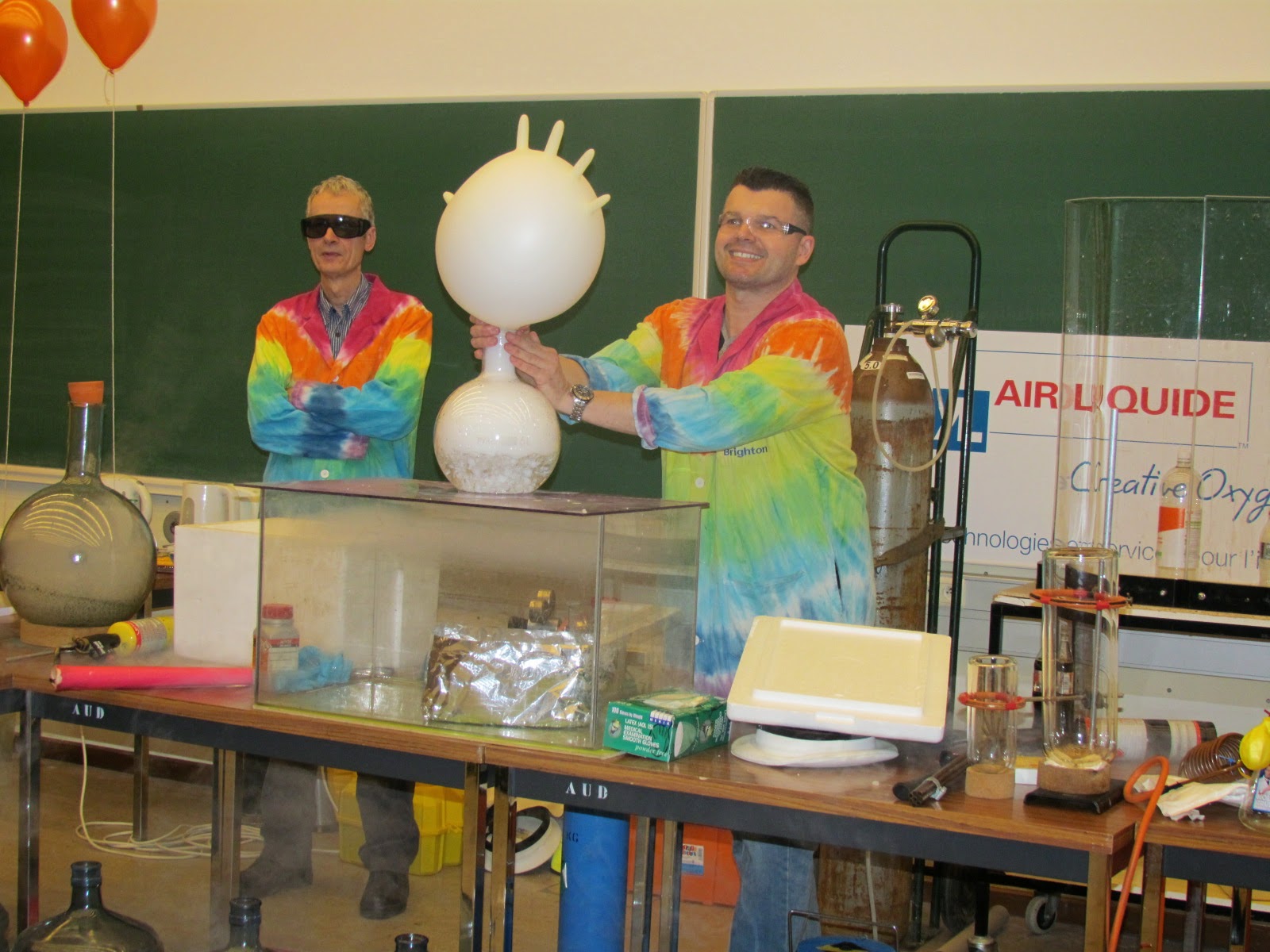 Audiences totalled well over 500 over the four shows and everyone left with a smile on their face, inspired and having learnt something new! 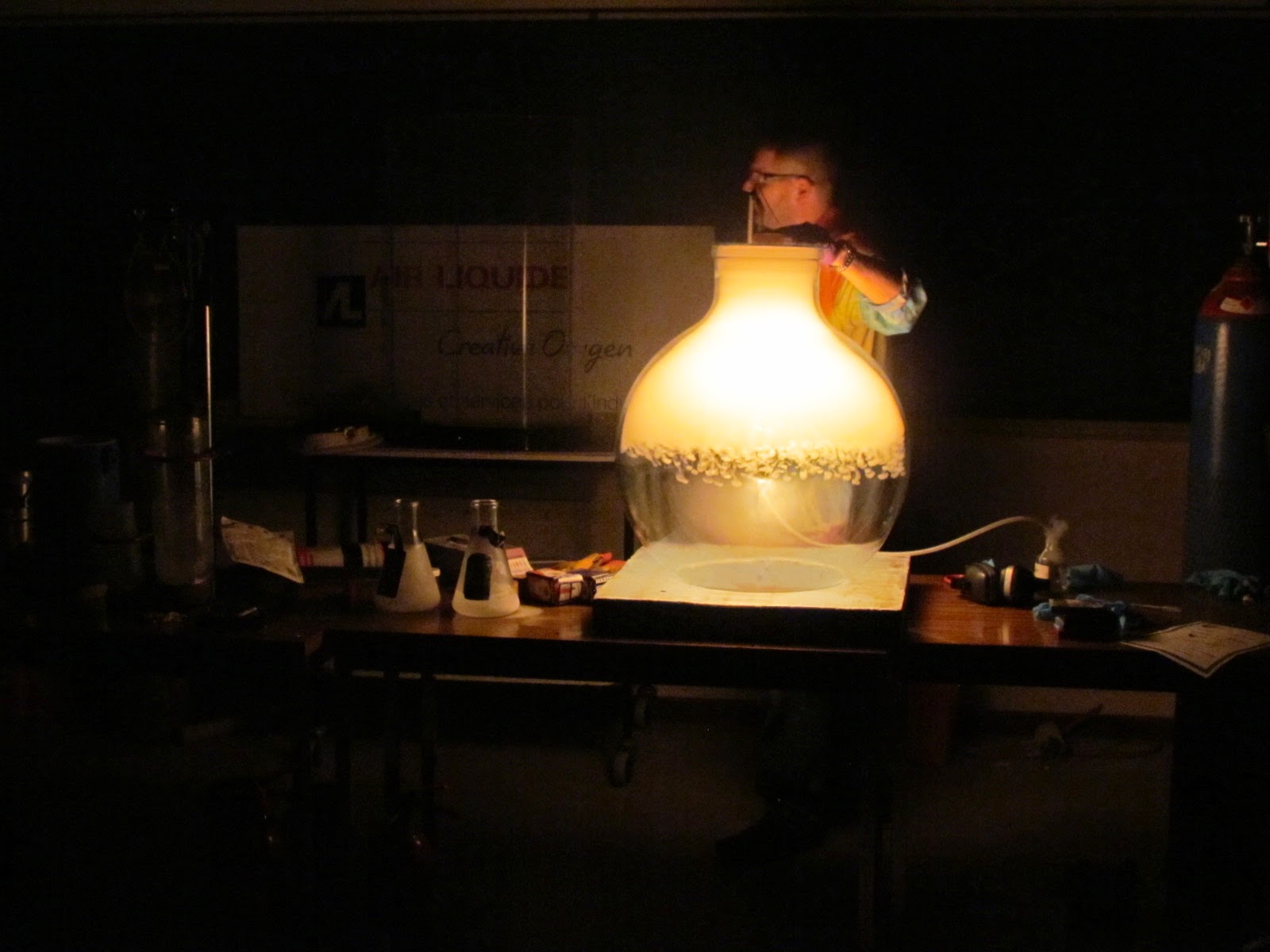 Each show lasted well over an hour with questions afterwards and featured classic experiments such as the deadly 'Phosphorus Sun' (above) and the rasping 'Barking Dogs' (below) - the latter involving some infeasibly large test tubes. 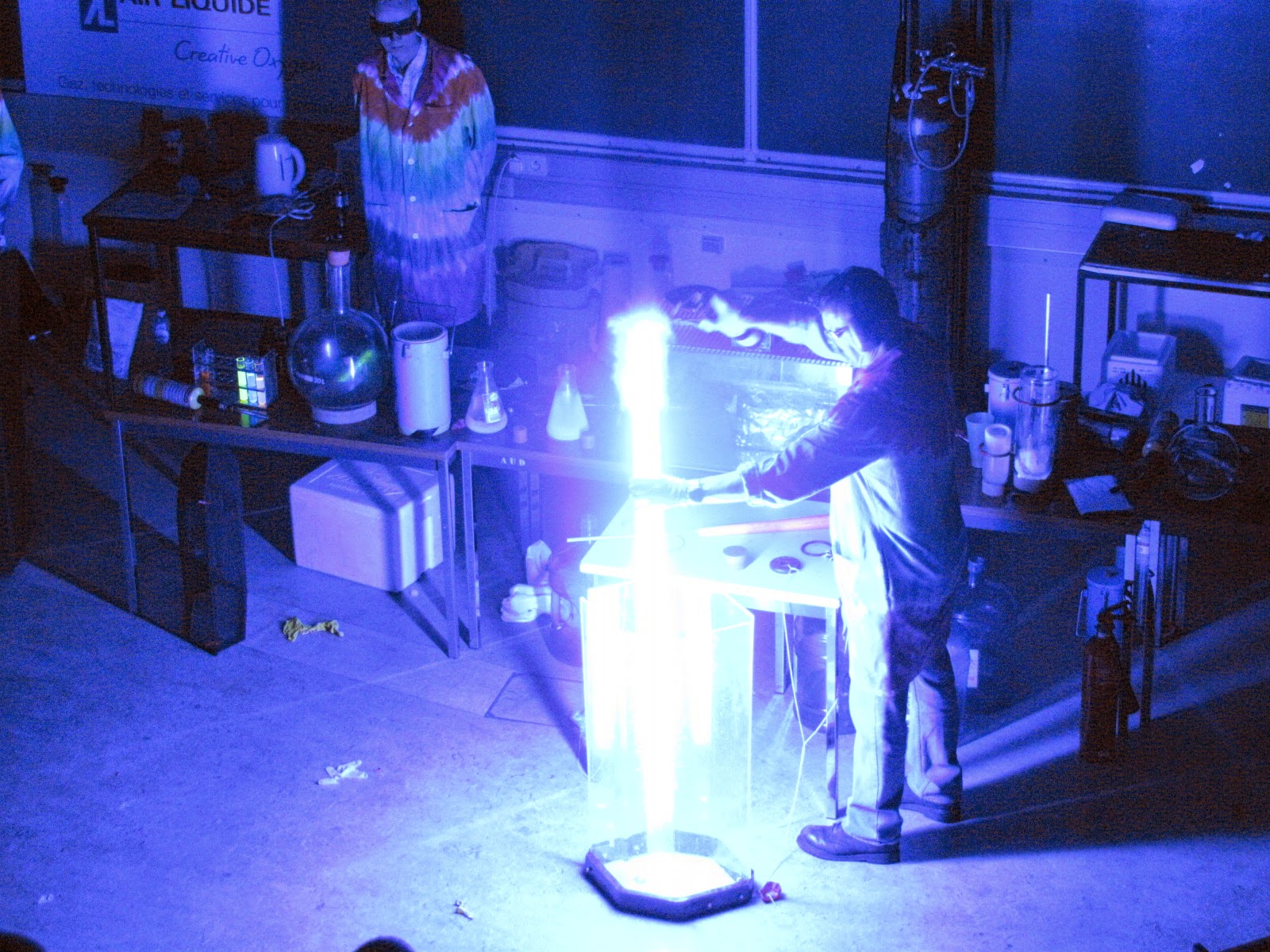 Feedback from teachers, members, friends and students was all extremely positive and we'll try not to leave it so long for Dr. Hal's next shows in Belgium.
Posted by RSC Belgium at 16:48 No comments: