On the evening of 5 May a special meeting of the RSC Belgium executive committee welcomed RSC CEO Dr. Robert Parker to Brussels. Dr Parker was in the Belgian capital for a meeting at the European Parliament and stayed on to talk to the executive committee and make a special presentation to one of its long-term members: Dr Ian Carson.

Robert recalled that one of his first major public events after being appointed as interim CEO of the Royal Society of Chemistry was to speak at the European Schools Science Symposium (ESSS) in 2011. The  ESSS 2011 was held at the European school in Woluwe Brussels and RSC Belgium had initiated the invitation to Robert's predecessor Richard Pike. Robert's experience at the Symposium was a significant factor in his decision to apply to become the permanent CEO. Ian as secretary of RSC Belgium at the time had issued that invitation. 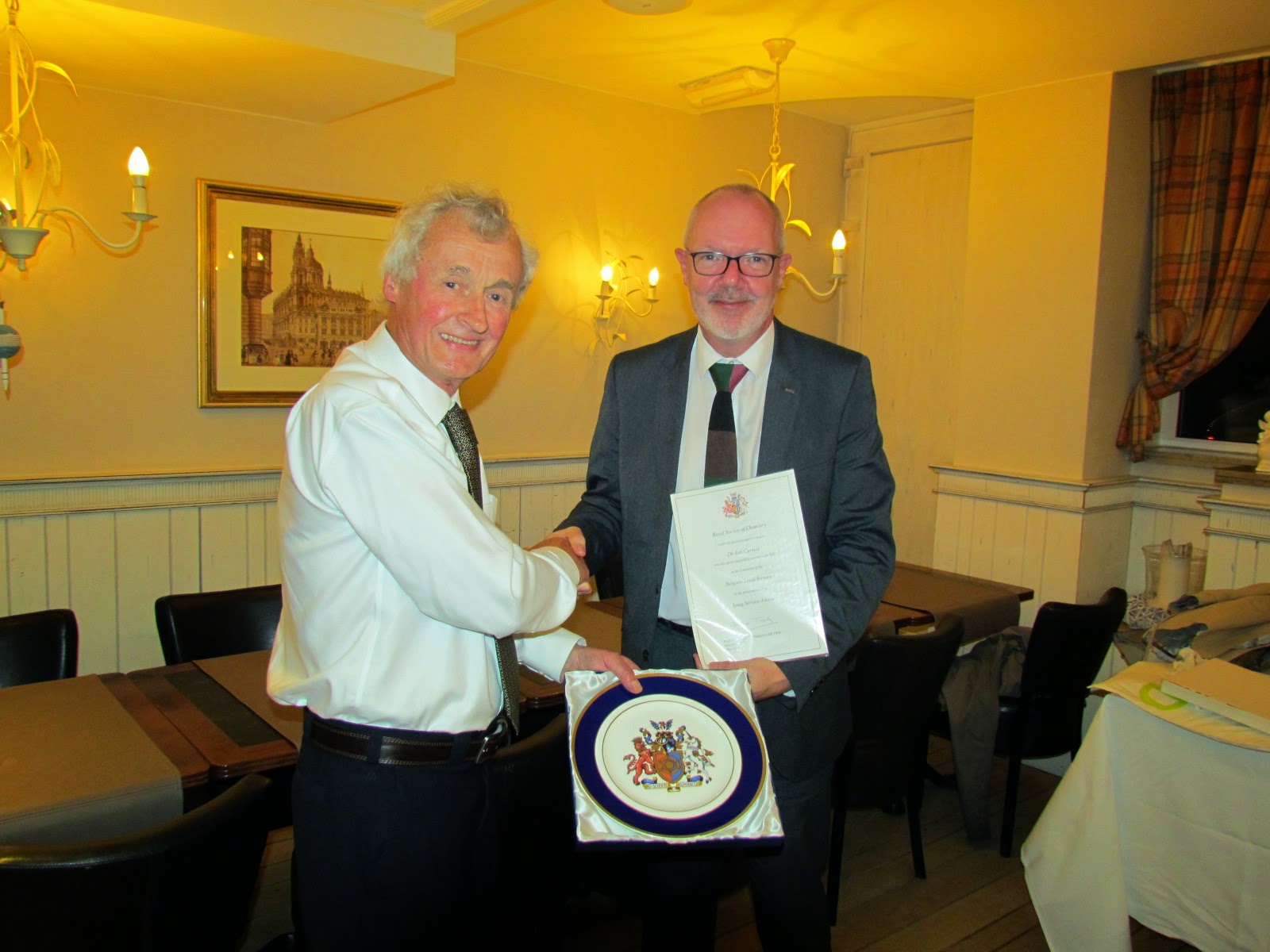 Ian (above, left) received a Long Service Award from Dr Robert Parker (above, right) in recognition of his ten-year service on the RSC Belgium committee and his tremendous efforts to organise many significant events for the section including the recent major tour of Belgian schools by Prof Averil Macdonald and our annual Cafe Chimque events.

RSC Belgium section chairman, Tim Reynolds, said: "It was really pleasing to see Ian get this long service award from Robert Parker. It was a special occasion. Ian has done so much for the section in Belgium."
Posted by RSC Belgium at 00:26