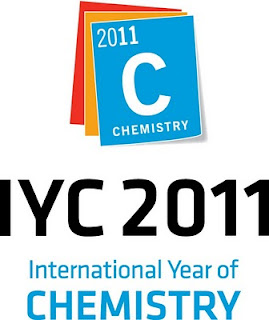 2011 is International Year of Chemistry (IYC 2011) and RSC Belgium will be playing its part in promoting chemistry for the full 12 months! IYC 2011 celebrates the achievements of chemistry and its contributions to the well being of humanity. Throughout the year a exciting programme of events is intended to reach across the globe, with opportunities for public participation at the local, regional, and national level.

The goals of IYC 2011 are to increase public appreciation of chemistry in meeting world needs, to encourage interest in chemistry among young people, and to generate enthusiasm for the creative future of chemistry. The year 2011 will coincide with the 100th anniversary of the Nobel Prize awarded to Madame Marie Curie—an opportunity to celebrate the contributions of women to science. The year will also be the 100th anniversary of the founding of the International Association of Chemical Societies, providing a chance to highlight the benefits of international scientific collaboration.

IYC 2011 events will emphasize that chemistry is a creative science essential for sustainability and improvements to our way of life. Activities, such as lectures, exhibits, and hands-on experiments, will explore how chemical research is critical for solving our most vexing global problems involving food, water, health, energy, transportation, and more.

Cafe Chimique - Climate Change
RSC Belgium starts its IYC 2011 programme with a Cafe Chimique at Espace53: the restaurant that is inside Autoworld in the Parc du Cinquantenaire, Brussels on 27 January from 8pm. Our Cafe Chimique will borrow the Cafe Scientifique format of short presentations and then a discussion/ debate involving the audience. January 27 is the date at which IYC 2011 will hold its global launch event at UNESCO HQ in Paris.

Our topic is Climate Change and we pose two questions to our speakers and the audience: 'Is Global warming really happening?', and 'If so is it due to human activities?'.

Our two speakers take opposing views - but both are based on a scientific view point. Prof Jean-Pascal van Ypersele (left) studies climatology and environmental science at the Universite Catholique du Louvain (UCL) and is vice-chairman of the United Nations Intergovernmental Panel on Climate Change (IPCC). 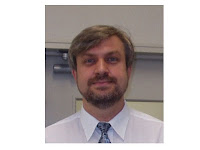 Taking a more sceptical view on climate change is Prof Istvan Marko (right) also of UCL but a member of the Chemistry department.

Come along and join the debate on 27 January. Entry costs €5 per person and advance booking is mandatory. The fee will cover a first drink from the bar and canapes. To register for this event contact Ian Carson.

We hope to organise at least one more Cafe Chimique on a controversial subject during IYC 2011.

Demonstration lectures
Our next scheduled evening event in 2011 will be on March 1 in the Swoosh Lounge at BSB and will look at progress in the understanding and combatting of Alzheimer's Disease. Our speaker will be Prof Jean-Noel Octave, President of the Institute of Neurosciences at UCL.

Our UCL theme for the first quarter of 2011 continues with our demonstration lecture for IYC. This will feature our sceptical colleague Prof Istvan Marko in a spectacular lecture entitled: 'Chemie et energie ... Une approche detonante!'

The section will sponsor some aspects of the event and provide a stand promoting chemistry and the RSC during the opening event on Sunday March 20. We also hope to organise a key speaker for the event.

Further IYC 2011 events are in the planning stage and details will be announced in the near future.