Les Amis Dînent restaurant in Wezembeek-Oppem was once again the location for the section's Annual General Meeting (AGM) and Annual Dinner on 16 January 2015. The 2015 Committee was elected and reports on the activities of the section in 2014 and the state of the section's finances were received. Tim Reynolds was elected as the new section chairman and Becki Scott becomes the new section secretary. Outgoing chairman Bob Crichton received a vote of thanks for his excellent leadership over the past six years. And we discovered that 2015 is the section's silver jubilee year!

Following the announcement of apologies and noting of those section members who had asked the chairman to act as their proxy during the meeting, the minutes of the previous AGM held on 17 January 2014 were reviewed and approved.

Tim Reynolds then gave the 2014 secretary's report on section activities. "2014 had been another successful and busy year for the section," he said. "During year the section had organised seven public events, a Saturday social excursion and participated in a number of other activities fulfilling our charitable objectives to provide popular (chemical) science lectures for our members and the public and raise the profile of the chemical sciences  schools."

Among highlights of the year were the Café Chimique on Energyon 27 January, Dr Hal Sosabowski’s series of demonstration lectures for schools and the public at the beginning of April, our guided walk discovering a range of former famous residents of Brussels led by Sarah Strange, Nick Lane’slecture on the origins of life and our International Year of Crystallography event with Gordon Leonard of the European Synchrotron Radiation Facility. The section had run another ‘mega’ Top of the Bench qualifier in November with 12 teams from six school. And the winning team was from a new entrant: the European School Brussels IV in Laeken. This year’s Chemical Challengecompetition also attracted increased participation with prizes given out at Nick Lane’s event in October.

Tim also noted that the first Norman Lloyd scholarship atCardiff University had been awarded in November to Ms Dale Lyons.

Financial Report
Rita Woodward presented the 2014 financial report and accounts. Rita estimated that the sections activities in 2014 has been supported by 450 adults and over 500 young people. At the beginning of the year the net assets of the society had been at an all-time high (€18600 but this included over €6300 in the Norman Lloyd fund). During 2014 the section made a net deficit of €4700 leaving us with total net assets of €7564 as of 31 December 2014. An amount much more in line with our historical level of assets.

Chairman’s Remarks
The Chairman thanked Rita and Tim for their reports and all members of the executive committee during 2014 for their hard work and support during this year and the previous five years of his chairmanship. He felt that the section now was more dynamic, had much greater reach and was doing more activities with younger audiences than ever before. He highlighted the contribution of Rita and Peter Woodward in providing the drinks and nibbles for many of the events during the year that added so much to the evening meetings.

A formal vote of thanks was made to Bob for his work and inspiration as Chairman over the past six years. 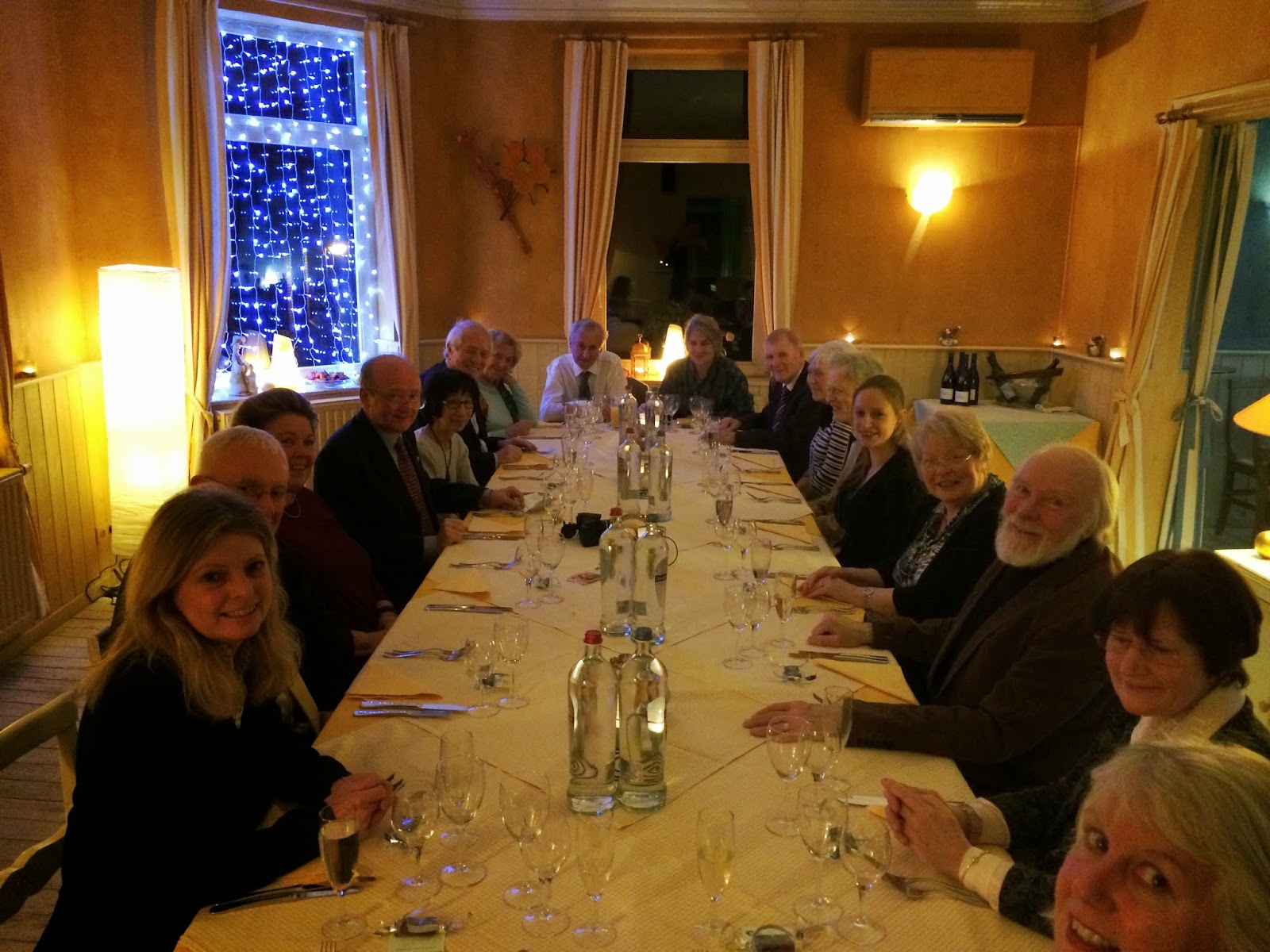 Elections
The elections for the new RSC Belgium Executive Committee saw some changes as well as continuity. Mr. Tim Reynolds was elected as Chairman, Mrs. Rita Woodward was re-elected as Treasurer, and Dr Becki Scott was elected as Secretary. Elected as members of the committees were Prof Bob Crichton, Prof Brian Sutcliffe, Dr David Terrell and Mr. John Swift. Dr Ian Carson is also an elected member of the committee in the middle of his two-year term.

The full composition of the 2015 Executive committee can be found here. The first meeting of the new Executive will be on 19 February where co-opted members for 2015 will be confirmed.

The Treasurer expressed her gratitude to our auditor, Ralph Palim, and announced that he had agreed to be appointed as auditor for the section accounts for 2015.

David Terrell moved a vote of thanks to Tim Reynolds for his work as section secretary over the past five years.

Jubilee year!
During discussion under any other business it was realised that 2015 would be the section’s Silver Jubilee year. So we will need to think if some special events to celebrate!

Following the close of the meeting at 19:43, the 2015 Annual Dinner of the section (see pictures above - courtesy of Ian Backhouse - and below - courtesy of Helen Lee) took place. The draft minutes of the 2015 AGM can be found here. 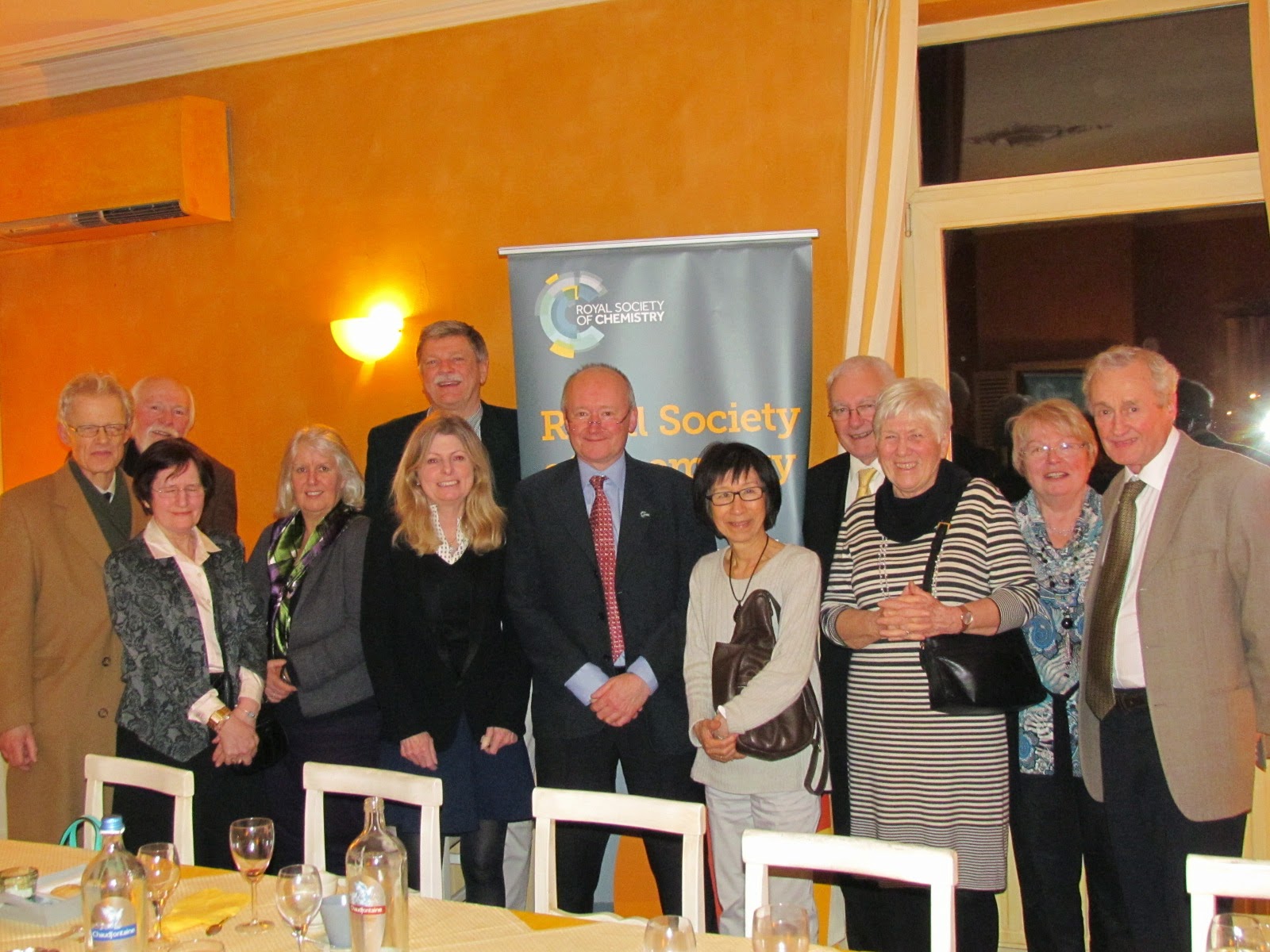