A Devilish Good Time at Duvel

A sunny Saturday morning greeted the group of RSC Belgium Members and friends who ventured out to visit the Duvel Moortgat Brewery in the Flemish town of Puurs on 15 September 2018. The group were treated to an informative and entertaining guided tour of the brewing and bottling operations of this fiercely independent family business. 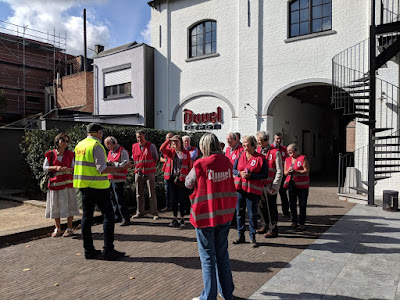 The Duvel story started in 1871 when Jan-Leonard Moortgat and his wife founded the brewery on their farm. The beers were developed via a trial and error basis but sales rose and by 1900 Jan-Leonard's two sons Albert and Victor had joined the firm.

A Scottish connection
The First World War brought many English' beers to Belgium with the British army and Albert decided to create a special beer based on the (then current) English model.To do this he needed to acquire specific strains of yeast so in 1918 travelled to the UK, but met some resistance from English brewers. He eventually obtained a sample of yeast from a Scottish brewer - and this strain is still used today to brew Duvel beer. 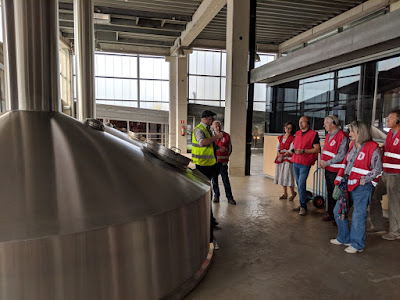 Using the new yeast the two brothers perfected their recipe and launched it as 'Victory Ale' to mark the end of the war. The name lasted until 1923 when following a 'tasting session' with local dignitaries a shoemaker Mr van De Wouwer was so amazed at the beer's potency that he exclaimed 'This is a real Duvel (Devil)!' And the name stuck.

The famous tulip-shaped Duvel glass first appeared in the late 1960s and was the first of its kind able to take a full 33 cl bottle and allow a more complete experience of the beer's aromas and flavour. 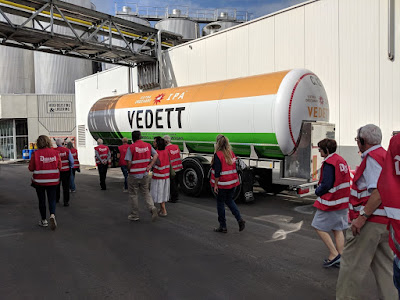 Today the fourth generation of the Moortgat family is keeping the company at the forefront of brewing and expanding their sale internationally while ensuring that quality and sustainability are guaranteed.

Following our guided tour and the group enjoyed a glass or two of the Duvel's production and some other very interesting beers with the help of the skilled beer wranglers at the Brewery's bar. 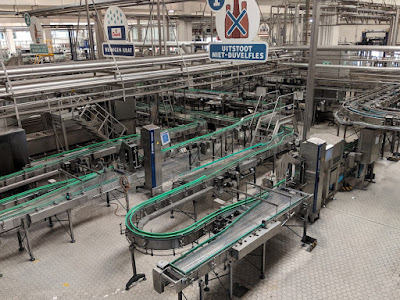 For more information on the Duvel Brewery and available tours, please visit their website. Highly recommended.
Posted by RSC Belgium at 17:15