27 January saw RSC Belgium's first event of 2015: a Cafe Chimique on Climate Change at the Auderghem Cultural Centre. A large and lively audience of RSC members and the general public listened to brief opening remarks from our two speakers - Prof Ted Shepherd of Reading University and Prof Istvan Marko - before we launched into an informed audience-led debate.

Climate change and its consequences are rarely out of the news and the RSC has recently issued a statement on climate change and the role for chemistry in its mitigation as part of its new ‘Global Challenges' initiative. So our Cafe Chimique debate was timely and provoked a large number of questions. 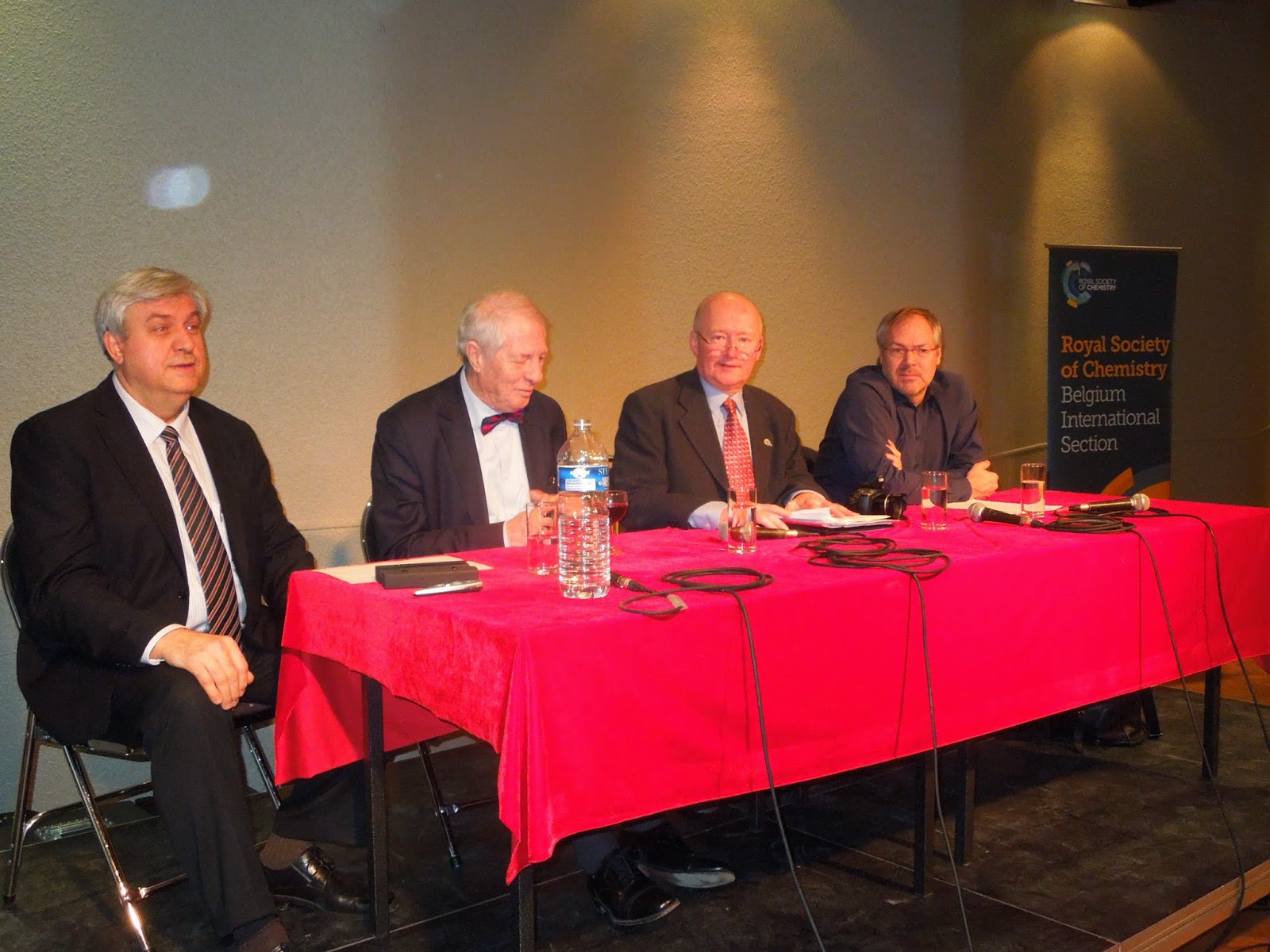 The speakers were introduced by new section Chairman Tim Reynolds (second right above). Prof Ted Shepherd (right) is the inaugural Grantham Professor of Climate Science at the Department of Meteorology at Reading University of Reading and has led scientific assessments of both climate (IPCC) and stratospheric ozone (WMO/UNEP). He has also worked in the World Climate Research Programme.

Prof Istvan Marko (left above) leads the Laboratory of Organic and Medicinal Chemistry at the Universite Catholique de Louvain and presented a sceptical view on climate change. The debate itself was moderated by Prof Bob Crichton (second left above).

The discussion ranged over many aspects of the science of climate change from extreme weather events to chaos theory. To follow the arguments outlined you can read a short summary of ideas from Ted Shepherd here and follow Istvan Marko's thoughts via an interview (in French) with La Libre from 2014 or get a copy of the climate-sceptic book 'Climat: 15 vérités qui dérangent' (also in French) which Istvan edited.

Feedback from the audience after the debate indicated, once again, that the Cafe Chimique format is a winner providing a great format for debate in an informal environment.
Posted by RSC Belgium at 15:22 No comments: