As part of its support to schools activities RSC Belgium awards two major annual prizes, both named in memory of Dr. Keith Price who was a founding member of RSC Belgium and its first Chairman. 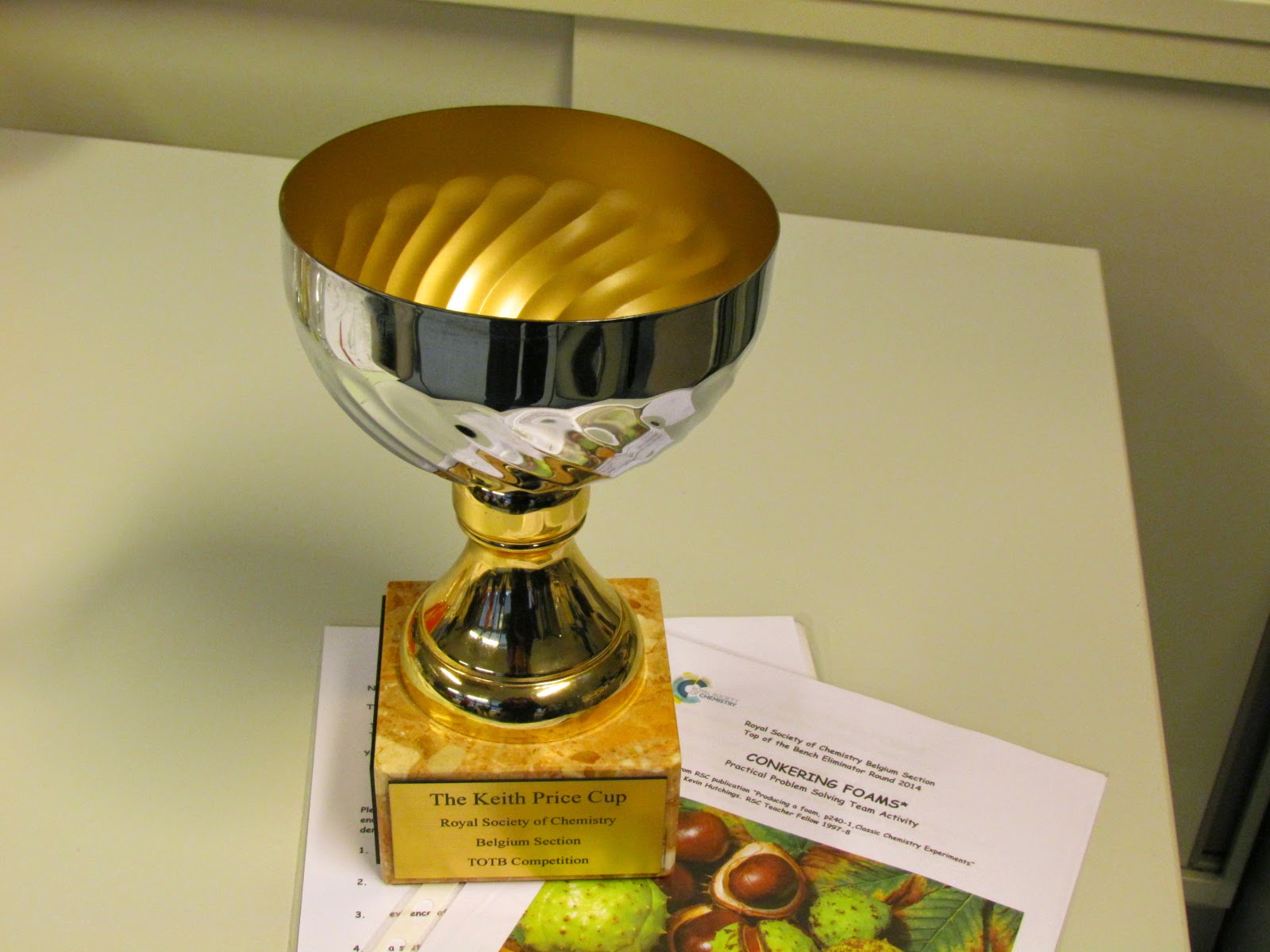 The Keith Price Cup (above) is awarded annually to the winning schools team in our Top of the Bench (TOTB) eliminator. The competition is usually run on a Saturday afternoon in November and involves teams of four students from schools in Belgium (and occasionally neighbouring countries) competing in practical and written tests on chemistry.

The winners not only receive the Keith Price Cup, certificates and other goodies, but also the opportunity to represent RSC Belgium in the grand final of TOTB that takes place in the UK during the following Spring.

The Keith Price Prize worth €100 is awarded annually to the best overall score in the two chemistry-oriented parts of the RSC Belgium Chemistry Challenge competition.

The Chemistry Challenge is run in May and June each year and is open to students who are currently studying Chemistry in their penultimate year in High School (e.g. AS, IB or ES Bacc exams) and enjoy using both chemistry and logic to solve exercises and puzzles.

Usually 100 or more students take part each year from across Belgium with the opportunity to win cash prizes. Everyone taking part receives certificates acknowledging their participation. 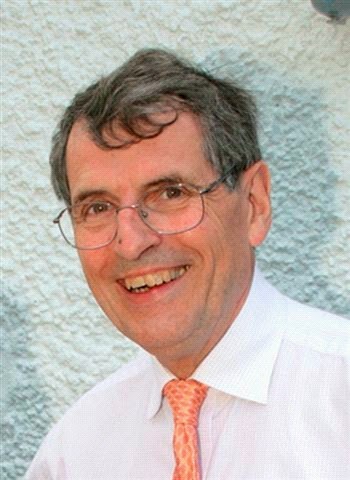 Keith was the main inspiration and ‘founding father’ of the Belgian section of the Royal Society for Chemistry. He was the first Chairman of RSC Belgium from 1989-96 and then again from 2003-2004.

Keith joined a nascent Rubber Instruments Group at Ruabon in 1969. He was involved in some of the first exhibitions of rubber testing instruments in and held several management positions during a 12 year career in the group. Later, as Research Engineering Manager at , Keith was responsible for the introduction of several new product types and for the development of a mill control laboratory for Russian tyre plants.

In 1981, he became Product Manager for the silicon business in . Apart from his contributions to growth, he was very much involved with identifying the preferred location for a new silicon wafer and technology plant in the .

In 1984 Keith was appointed Business Development Manager for Monsanto Europe and later, in 1987, Director Science and Technology. In this latter role he was also Head of Location at the Louvain-la-Neuve Technical Centre. He was a member of the European Core Strategy Team and led a technology search programme with emphasis on .

After leaving Monsanto in 1994 Keith set himself up as a consultant through the formation of EOS Development Ltd. He worked as a recruitment consultant for SmithKlineBeecham, built up business relationships for Diamonex Inc. across the aerospace, automotive, communications and electronics fields, advised the University Catholique de Louvain on several high tech materials projects, and over a ten year period specialized in the preparation, negotiation and implementation of EU funded research and development projects in advanced materials, nanotechnology, and sensing areas.