On Sunday 10 June RSC Belgium members and friends had a great day out in Tervuren. The day included a visit to the African Museum (in particular its underground vaults), a light lunch and a fascinating trip around Tom Frantzen's Sculpture Garden. Tom's secret garden was very much the highlight of the trip and we highly recommend it. Some pictures from the day are published below.

The morning started out at the African Museum on Leuvensesteenweg, Tervuren. The museum will soon be shutting for three years in order to undertake a major refurbishment. Our visit included a trip around the underground storage areas that are usually closed to the public including this elephant's graveyard (below). 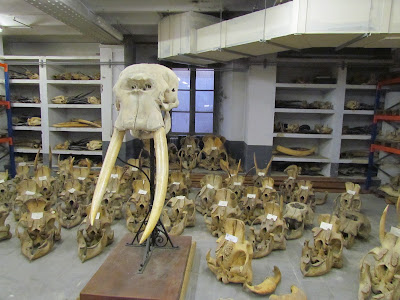 The museum is open until the end of August so if you couldn't make it in June you have until 31 August to grab a ‘last chance to see’ visit.

Following a light lunch at Het Bootjeshuis Café at the town end of the Tervuren Park we made our way to Tom Frantzen’s Sculpture Garden and Workshop in Duisburg.

Garden of delight
Tom Frantzen is a very well known Belgian sculptor responsible for many, often animal-based, installations in Belgium and around the world. He is the creator of the Bandundu Water Jazz Band water feature at the end of Avenue Tervuren and Tom gave us an extended guided tour around his private 'garden of delight'. 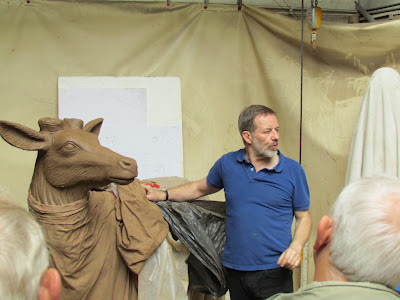 In his workshop Tom (above) showed us work in progress and talked about his techniques and the various issues involved in constructing public artwork. 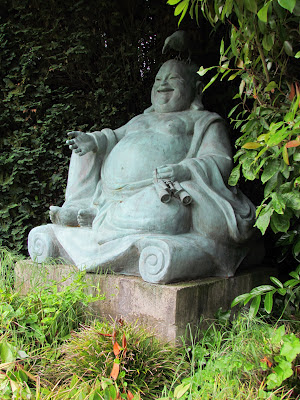 The entrance to the garden itself is guarded by a majestic Buddha (above) - with some binoculars! 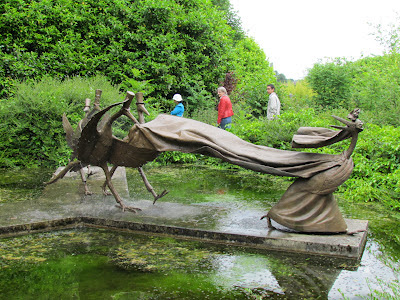 Tom often works with water features and always with a sense of humour. 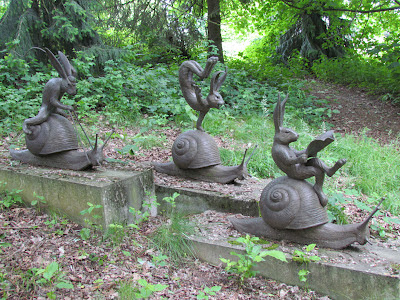 His extensive 'back garden' is full of sculptures - almost all made by cast metal. 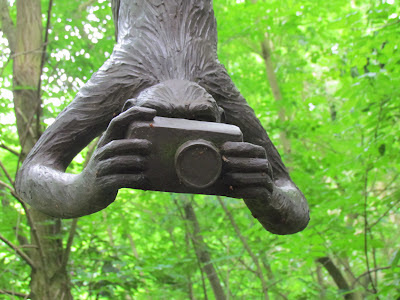 Everyone was taking photos - including some of the sculptures! 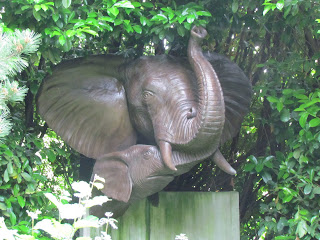 Having spent well over two hours in the garden we could easily have spent more time browsing around the grounds. Many thanks to Tom for his time and to Rita Woodward for arranging a truly great day out in Tervuren.
Posted by RSC Belgium at 13:04 No comments:

RSC ready for the Olympics

Alistair Brownlee, twice world champion triathlete and a former chemistry student, introduces the global experiment and talks about the role chemistry played in his own education and how chemistry is vital to his sport.

The RSC is promoting the global experiment to school students around the world and participants from the UK, USA and New Zealand have already been involved - so why not take a look and have a go yourself?

The experiment aims to test the effects of sports drinks on athletic performance and encourages participation from students of all ages. The experiment and activities can be completed at school in groups or individually at home. Particpants are asked to:

The RSC have formulated a generic sports drink recipe including sugar-free squash, water, salt and sugar. Watch the new Global Experiment video where a class of primary students show ho wthey did the experiment.

Children in school and at home are encouraged to take part and upload their results before the start of this year's London Olympics on 27th July.