The first event of our 2017-2018 programme took place on Saturday 16 September with an informative and entertaining guided tour around the Het Anker Brewery in Mechelen. Some 22 members and friends enjoyed the tour, which was completed with a tasting of the final product and 18 of the group stayed on for a hearty lunch featuring locally sourced products including the famous Mechelen 'cuckoo'. 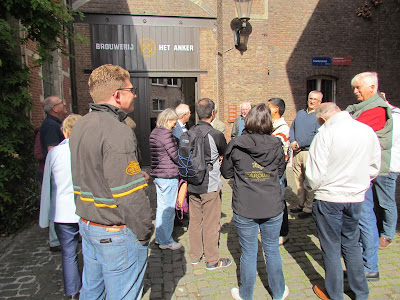 The brewery is a family run business that started in the Grand Beguinage in Mechelen five generations ago. It has since developed into an internationally renowned brewery and is home to the famous Gouden Carolus dubbel beer (a recent World Champion beer) and a range of other brews including a Belgian whiskey. In fact it is believed that brewing has featured on the site since at least 1471 as documentary evidence shows that the Nuns of the Beguinage wear brewing at that time. 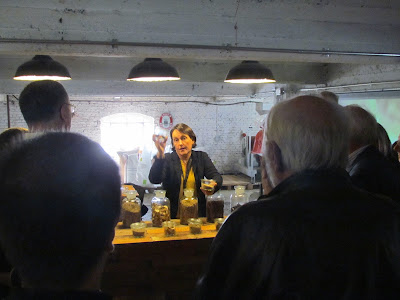 The tour of the brewery started at 12 noon and lasted around 90 minutes and took us through the full brewing process and the ingredients used, the history of the family business and the recent diversification into spirits. 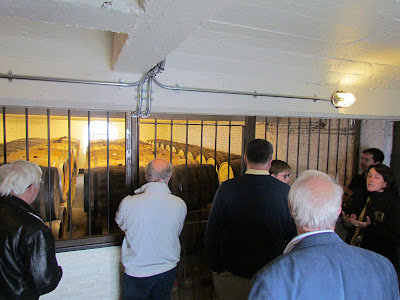 The history of the Beguinage site begins in the 15th century, although the brewery was bought and modernised by the Van Breedam family in 1872. The family run company continued to grow and in 2010 the 17th century family farm (at Blaasveld) was transformed into a whiskey distillery, the whiskey launched three years later has already won several international awards. In fact before acquiring the brewery the Van Breedam family had been renowned gin distillers.

It was agreed by all that the visit was a great success and highly enjoyable. Cheers!
Posted by RSC Belgium at 12:15